9 Tips to Recover a Troubled Project 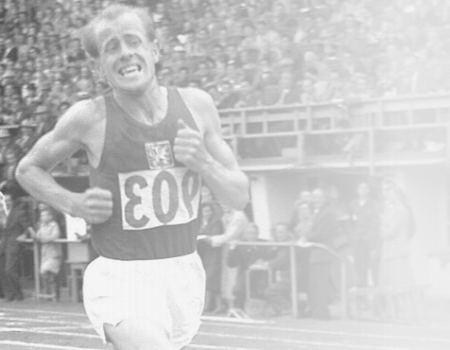 Sprint” is still the best word to describe agile iterations.

There’s a trend afoot in the Agile community to drop the term “Sprint” in favor of the term “iteration”. Because I’m both an Agile Coach and a Track & Field Coach, I think this idea stinks like a pair of worn-and-sweaty gym socks. So, I’m stepping up to defend the word “Sprint” from the feeble iteration.

I’ll start by explaining the terms “iteration” and “Sprint” in the world of Agile. Iterations are short cycles, or loops, during which a team plans, delivers and inspects a portion of their overall product, known as a product increment. Iterations encourage frequent delivery of work and continuous improvement because we inspect our work and then change our future plans based on what we’ve learned.

Similarly, Sprints are the term used in Scrum for short, time-boxed iterations when the team plans, delivers and inspects work. But they’re more. According to Jeff Sutherland, one of the co-creators of Scrum, Ken Schwaber and the first Scrum team chose the word “sprint” because they were very aggressive about their efforts to improve. (More on this later).

On to why some prefer the term “iteration”: While neither the Agile Manifesto nor Agile Principles mention iterations, one of the twelve Agile Principles encourages working at a sustainable pace by stating, “Agile processes promote sustainable development. The sponsors, developers, and users should be able to maintain a constant pace indefinitely (http://agilemanifesto.org/principles.html).”

According to one friend in the agile community who advocates for the word iteration, the concepts of sprinting and sustainable pace are at odds, because no one can both sprint and maintain a sustainable pace.

Arguably, this does appear to put a nail in the coffin of the term “Sprint”.

Enter Emil Zatopek, four-time Olympic gold medalist in track and field, to defend the Sprint. Zatopek, who was the only Olympian to ever win the 5K, 10K and marathon in the same Olympic games in 1952, made the case for sprinting by being short and sweet: “Why should I practice running slow? I already know how to run slow. I want to learn to run fast.” Though we was an ardent distance runner, Zatopek’s attitude toward sprinting sounds an awful lot like Schwaber’s Scrum team striving to improve with every Sprint.

Building off Zatopek’s statement, Sprints are clearly something more than iterations. They’re not only cycles — they’re short, intense efforts at exertion in order to gauge one’s limits and build one’s capacity to perform. So, a Sprint isn’t just about planning, delivering and inspecting – it’s about building stamina and discipline. That’s more than you achieve when you simply iterate.

Still not convinced?
Let’s move on to Eliud Kipchoge, currently the world’s fastest marathoner, covering 26.2 miles in just under (or over) two hours, depending upon which record of his you consider to be official. That’s a pace of around 4:35 per mile, or 2:52 per kilometer over 42 kilometers for my metric-friendly readers.

Aside from being naturally gifted, Kipchoge has become fast by running lots and lots of sprints using a training technique known as interval training. Interval training involves selecting a relatively short distance to repeat a specific number of times, then covering that distance again and again in a workout to build stamina and push one’s limits, not unlike Ken Schwaber’s first Scrum team sprinted in Scrum.

Each sprint in interval training is separated by a brief pause of 30-to-60 seconds during which a coach gains input from the athlete about how they’re feeling and provides guidance to help the athlete improve during the rest of the workout.

In one of Kipchoge’s workouts preparing for the marathon, he completed thirty 400-meter laps around a track in 62-63 seconds, with a 30-second pause in between (https://www.sweatelite.co/400m-repeats-the-ultimate-workout/). 63 second laps amount to about a 4:12 mile pace over more than seven miles, showing Kipchoge can not only sprint, but he set a rhythm that his body could sustain. Between each lap, Kipchoge received guidance from his coach on how to improve his form or fine-tune his performance. Plan, deliver, inspect and adapt – just like in Scrum.

And there’s the key difference — Sprints include planning, delivering, inspecting and adapting in short cycles, just like iterations. But Sprints aren’t slow. They establish a swift-but-sustainable rhythm that helps improve and optimize the team’s performance. It’s that strive for excellence, coupled with the need for hard work to continuously improve, that explains why “Sprint” is a better term to use with your team.

There’s a trend afoot in the Agile community to drop the term “Sprint” in favor of the term “iteration”. Because I’m both an Agile Coach and a Track & Field Coach, I think this idea stinks like a pair of worn-and-sweaty gym socks.

Given how frequently we are contacted to write business plans and develop business strategy, it’s amazing how often a small business owner wants the business plan solely so their business can get a loan.

Sprint 0 shouldn’t last months. Here’s how to keep it short and sweet. Recently, I listened to a well-known Agile guru describe Sprint 0, the planning period before development starts on an Agile software development initiative, by stating that, “…it could easily last six months.”

Let's get started with Cedar Point

Contact Us
We use cookies on our website to give you the most relevant experience by remembering your preferences and repeat visits. By clicking “Accept All”, you consent to the use of ALL the cookies. However, you may visit "Cookie Settings" to provide a controlled consent.
Cookie SettingsAccept All
Manage consent

This website uses cookies to improve your experience while you navigate through the website. Out of these, the cookies that are categorized as necessary are stored on your browser as they are essential for the working of basic functionalities of the website. We also use third-party cookies that help us analyze and understand how you use this website. These cookies will be stored in your browser only with your consent. You also have the option to opt-out of these cookies. But opting out of some of these cookies may affect your browsing experience.
Necessary Always Enabled
Necessary cookies are absolutely essential for the website to function properly. These cookies ensure basic functionalities and security features of the website, anonymously.
Functional
Functional cookies help to perform certain functionalities like sharing the content of the website on social media platforms, collect feedbacks, and other third-party features.
Performance
Performance cookies are used to understand and analyze the key performance indexes of the website which helps in delivering a better user experience for the visitors.
Analytics
Analytical cookies are used to understand how visitors interact with the website. These cookies help provide information on metrics the number of visitors, bounce rate, traffic source, etc.
Advertisement
Advertisement cookies are used to provide visitors with relevant ads and marketing campaigns. These cookies track visitors across websites and collect information to provide customized ads.
Others
Other uncategorized cookies are those that are being analyzed and have not been classified into a category as yet.
SAVE & ACCEPT