Challenges Managing in the Knowledge Economy? The Answer is Beneath You

Four times in my business career I have answered a telephone and someone else on the other end asked if I could help them turn th180degreeprotractoreir business around. 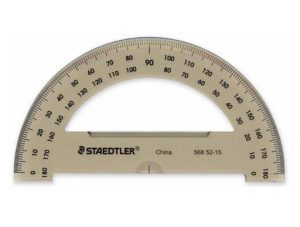 I accepted the challenge each time, and have a success rate of 75%. Three of those businesses were turned around successfully; one was not. Each business was at death’s door by the time the call was made to me. Each person in charge of those businesses waited until the last minute of the last hour before deciding that it was time to “do or die”, that it was finally the right time to accept the wrenching changes that would be necessary to give their respective business a fighting chance at survival.

I don’t wish to belabor the obvious here, but it sure would have been easier to bring back the commercial concerns in question if there had been earlier recognition of problems at those businesses, as well as an earlier willingness to act to fix the problems. Believe me, I would have been happy to come on the scene earlier, be given a set of more manageable problems concerning the health of the business, and, spared the client the experience of living inside the pressure cooker of uncertainty regarding the survival of the company, even if it meant far less billable hours.

But, that’s not how it usually works. Business owners are human beings, and human beings tend to develop inertia and be resistant to change. Business tails off, but it’s not off by a lot, and then it gets a little worse, but, you know, things are still okay, and then things are just okay for quite awhile, until they’re not.

I’m reminded of the passage in Hemingway’s The Sun Also Rises, in which one character asks another, “How did you go bankrupt”?

“Two ways”, the other man says. “Gradually, and then suddenly”.

Yes, that’s how it usually happens. Businesses almost never explode and fail, a la the CFO running off to Bolivia with the company’s working capital, or an ugly public relations fiasco, or the CEO and founder perishing in a plane crash. Nope, most companies that die simply wither away slowly.

Will this happen to your business?

It’s possible; many businesses fold, and disappear under the waves of commerce every year. But, if you’re paying attention to the basics, your chances of sticking around get much, much better.

The basics include, but are not limited to:

Now, all of this may seem pretty basic to all of you. It is. And, as I noted above, this isn’t even a complete list, there are more basic things businesses should do in order to not need a turnaround specialist in the future. But I think you would be surprised at how many businesses, large and small, ignore the basic blocking and tackling that they should be doing on a daily basis. Lethargy creeps in; the living organism that is the business is fat and happy, and habit takes over in terms of day-to-day activities.

Let this serve as your alarm clock if your business is one of the sleepy ones, and your senior managers are conducting their duties in a soporific trance. I’m happy to come over to your place and help you with a turnaround, but really, I think you would be happier if you didn’t need a turnaround in the first place.

Four times in my business career I have answered a telephone and someone else on the other end asked if I could help them turn the th180degreeprotractoreir business around.

Given how frequently we are contacted to write business plans and develop business strategy, it’s amazing how often a small business owner wants the business plan solely so their business can get a loan.

Sprint 0 shouldn’t last months. Here’s how to keep it short and sweet. Recently, I listened to a well-known Agile guru describe Sprint 0, the planning period before development starts on an Agile software development initiative, by stating that, “…it could easily last six months.”

Let's get started with Cedar Point

Contact Us
We use cookies on our website to give you the most relevant experience by remembering your preferences and repeat visits. By clicking “Accept All”, you consent to the use of ALL the cookies. However, you may visit "Cookie Settings" to provide a controlled consent.
Cookie SettingsAccept All
Manage consent

This website uses cookies to improve your experience while you navigate through the website. Out of these, the cookies that are categorized as necessary are stored on your browser as they are essential for the working of basic functionalities of the website. We also use third-party cookies that help us analyze and understand how you use this website. These cookies will be stored in your browser only with your consent. You also have the option to opt-out of these cookies. But opting out of some of these cookies may affect your browsing experience.
Necessary Always Enabled
Necessary cookies are absolutely essential for the website to function properly. These cookies ensure basic functionalities and security features of the website, anonymously.
Functional
Functional cookies help to perform certain functionalities like sharing the content of the website on social media platforms, collect feedbacks, and other third-party features.
Performance
Performance cookies are used to understand and analyze the key performance indexes of the website which helps in delivering a better user experience for the visitors.
Analytics
Analytical cookies are used to understand how visitors interact with the website. These cookies help provide information on metrics the number of visitors, bounce rate, traffic source, etc.
Advertisement
Advertisement cookies are used to provide visitors with relevant ads and marketing campaigns. These cookies track visitors across websites and collect information to provide customized ads.
Others
Other uncategorized cookies are those that are being analyzed and have not been classified into a category as yet.
SAVE & ACCEPT